Reporting crimes committed against migrants in Mexico from abroad 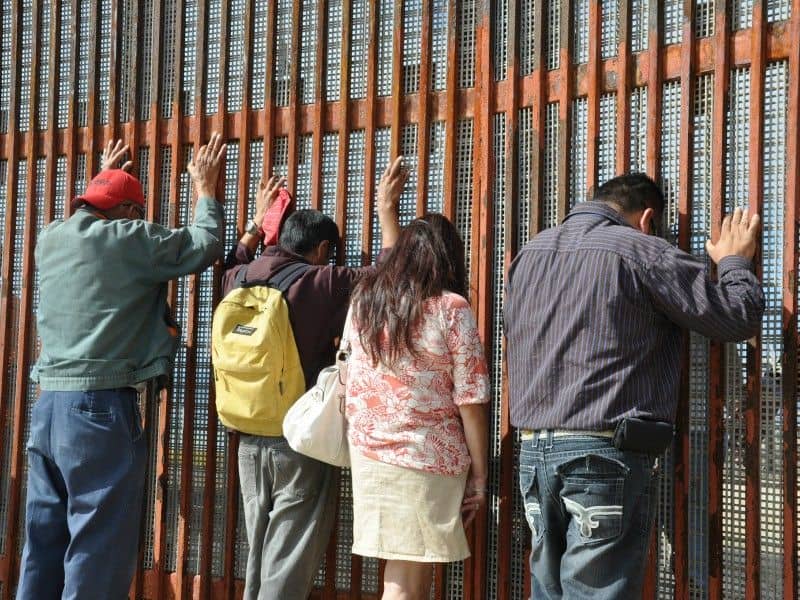 Kidnappings, extortion, and other crimes are commonplace, and migrants have little recourse if they are abused. In response to criticism from civil society, Mexico has taken some initial steps to investigate cases of abuses against migrants, including creating, for the first time, a unit that will receive complaints from migrants themselves as well as a mechanism that gives migrants and their families the opportunity to report crimes that occurred in Mexico from abroad.

In December 2015 Mexico’s Attorney General’s Office (Procuraduría General de la República, PGR) created a Unit for the Investigation of Crimes involving Migrants (“the Unit”) and a Mechanism for Mexican Foreign Support in the Search and Investigation of Crimes against Migrants (“the Mechanism”). In March 2016 the Attorney General appointed Leonor Figueroa Jácome as head prosecutor for the Unit and the Mechanism.

The Unit is in charge of investigating federal crimes committed against migrants, as well as federal crimes perpetrated by migrants in Mexico. The Mechanism is under the authority of the Unit and is the body responsible for coordinating case intake for the Unit when the migrant or migrant’s family is located outside of Mexico. The Mechanism allows victims and/or their families to report crimes against migrants that occurred in Mexico (including disappearances and extortion cases) through the PGR’s attaché offices at Mexican embassies abroad or via PGR coordination with Mexican consulates abroad.

Many times victims and migrants’ families have limited economic means so the Mechanism gives families the opportunity to report crimes and actively participate in the investigations without traveling to Mexico. The Mechanism requires close cooperation between the PGR and Mexico’s Foreign Affairs Ministry (Secretaría de Relaciones Exteriores, SRE). Given that the majority of migrants traveling through Mexico are from Central America, and that the United States is a key destination country, the Mechanism is focused primarily on coordinating case intake at Mexican embassies and consulates in the United States and Central America (however, case intake within other countries is also possible).

As WOLA has stated previously, the Unit and the Mechanism are fundamental to investigate and provide justice for crimes against migrants in Mexico. The Mexican government has made commitments before international and regional bodies to respect migrants’ rights. By ensuring that the Unit and Mechanism operate effectively, the government can turn its commitments into concrete actions and results.

As of March 2017, the Mechanism had received 67 reports of crimes against migrants perpetrated in Mexico. At least 59 of these cases involve migrants from El Salvador, Guatemala, and Honduras who disappeared in Mexico between 1999 and 2014, with the highest number of disappearances in 2011.

++++ Advancing from case intake to investigations and prosecutions

The Mechanism for Mexican Foreign Support is one-of-a-kind. Unlike traditional international cooperation that is just between governments, the Mechanism is for families and victims and—at least on paper—removes the geographic, economic, and bureaucratic burdens that families abroad often face to report crimes that occurred in Mexico and follow up on the investigations. Below are three areas that must be addressed in order for the Mechanism to operate effectively.

The bureaucratic trap between the SRE and PGR: According to the legal order that created the Mechanism and the Unit, the PGR’s attachés abroad are the gateways to reporting crimes outside of Mexico. The PGR’s updated handbook explains that regional and legal attachés and PGR’s liaison offices play an important role in receiving crime reports from abroad. The regulations in Mexico’s Foreign Service Law for embassies and consulates say that consulates shall provide judicial assistance to prosecutors and other authorities from the justice system.

In practice, it is not clear how PGR attachés, the Unit for Migrants, and SRE officials coordinate to receive crime reports and the SRE and PGR have not made adequate efforts to clarify this. For the Central America cases, the short-term solution has been for the Unit’s head prosecutor, Leonor Figueroa, to travel to the countries to receive the families’ reports in the presence of Mexican consular officials. While these efforts are welcome, it is not a sustainable solution.

The Mexican organization Fundación para la Justicia y el Estado Democrático de Derecho (Foundation for Justice and a Democratic Rule of Law, FJEDD) together with committees of families of disappeared migrants from Central America have requested that the PGR and SRE establish clear rules for the participation of Mexico’s Foreign Service in the Mechanism. FJEDD and the family committees also call on the PGR to overcome its internal organizational complications that impede the Mechanism’s functioning. For example, attachés that receive reports of crimes against migrants from abroad are under the authority of the Prosecutor’s Office for Legal and International Affairs (Subprocuraduría Jurídica y de Asuntos Internacionales), but the Unit and Mechanism in charge of investigating the cases fall under the Human Rights Prosecutor’s Office, causing coordination problems and delaying investigations.

Organizations have also requested that the PGR assign permanent staff to the Mechanism in the Mexican embassies in Central America, including the appointment of an attaché in Honduras and El Salvador, and determine whether there is a need for PGR staff at consulates in the United States in areas with a high concentration of Central Americans and where the PGR does not have offices. (The PGR has a legal office in DC, regional offices in San Antonio, El Paso, San Diego, and Los Angeles, and liaison offices in Riverside, Brownsville, El Paso, DC, and Phoenix.)

The lack of clarity in the PGR’s and SRE’s roles has delayed investigations in cases received from Central America. For instance, transferring the crime reports received in Guatemala from the PGR attaché to SRE, then to the Prosecutor’s Office for Legal and International Affairs, and then finally to the Unit in Mexico has stalled cases. Given that Honduras and El Salvador do not have a PGR attaché, there have been even greater burdens and delays in sending crime reports to Mexico.

Meanwhile, FJEDD and the families are requesting that Mexico’s National Migration Institute (Instituto Nacional de Migración, INM) and SRE establish a procedure to issue visas for these families when travel is required for follow-up and for instances in which the family’s or victim’s presence is essential (for example during search operations for disappeared migrants in which families have the right to participate).

Crimes reported through the Mechanism may involve complex criminal networks and various crimes such as organized crime, kidnapping, disappearance, and human trafficking. The investigation of these crimes technically falls under the jurisdiction of other special prosecutors and units within the PGR. In the past, the fragmentation of cases among several of the PGR’s offices has obstructed investigations. The PGR must ensure that there will be smooth communication between its different offices to investigate crimes reported through the Foreign Support Mechanism and that internal bureaucracy does not impede investigations or hinder the comprehensive analysis of criminal networks.

The PGR’s offices in Mexico and abroad must also coordinate to promptly respond to families’ requests for the immediate search of migrants reported as disappeared in Mexico. It is not clear how the Mechanism will ensure that any request from abroad for the immediate search of a missing migrant in Mexico is properly channeled and addressed. Nor is it clear how the PGR will apply its protocol to search for disappeared persons and investigate enforced disappearances in cases involving disappeared migrants that are reported from abroad.

The families must be given access to the PGR’s investigations and kept informed of any advances. While human and financial resources may be limited, the PGR has the obligation to ensure that the Unit and the Mechanism have the means to investigate cases.

A little over a year after Leonor Figueroa Jácome was appointed to lead the Unit and Mechanism, both bodies are showing limited yet important results. While the Unit has not achieved any convictions in its cases, authorities are working to make progress on investigations and the Unit was recently able to add additional prosecutors and investigators. The Mechanism has also started to receive cases. The fact that the Unit’s head prosecutor made several trips to Central America to receive cases is an important signal and step forward.

The Mexican government has named both bodies as examples of its commitment to investigate human rights violations; however, it must now work to effectively address the Unit’s and Mechanism’s shortcomings, provide them with sufficient resources, and continue to dialogue with civil society organizations on ways to improve them.

The Mechanism’s effectiveness as a tool for families and migrants who have been victims of crime in Mexico also depends on outreach to affected populations in Central America and migrant communities in destination countries. The Mexican government should work to disseminate information, and civil society can also play a critical role.

In order to raise awareness about the option to report crimes committed against migrants in Mexico to Mexican authorities abroad, WOLA and FJEDD developed informational pamphlets for families and victims in the United States and in Central America. Through these efforts, migrants who have been victims of a crime in Mexico, and their families, are a step closer to effective investigations and to answers about the whereabouts of the countless migrants who have disappeared in the country.