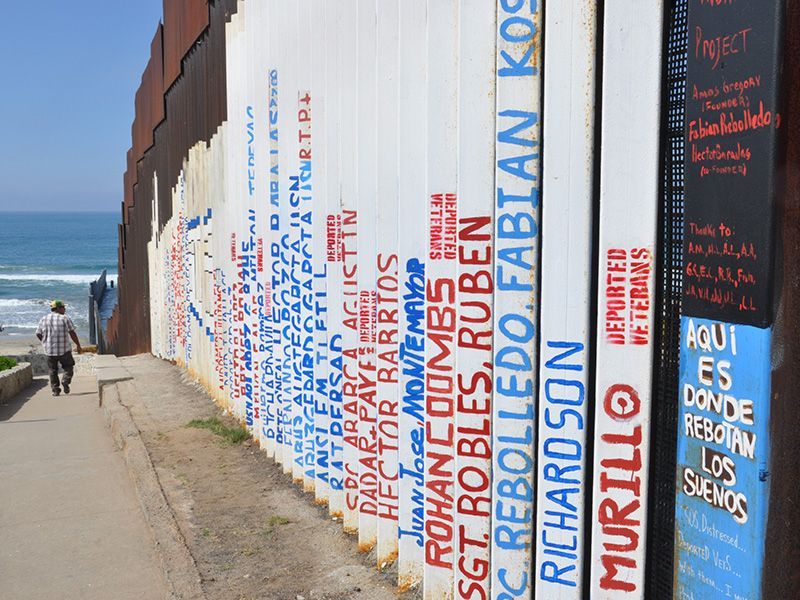 Washington, DC—In the context of the Leaders’ Summit on the Global Refugee Crisis that the Mexican government is co-hosting, WOLA (the Washington Office on Latin America) is releasing a new joint report that reveals that 2016 is the year with the highest number of asylum requests on record in Mexico. Meanwhile migrant apprehensions and deportations dramatically increased in recent years and continue unabated.

The report finds that, despite the increase in apprehensions, Mexico has failed to strengthen its capacity to adequately screen migrants who might be eligible for protection, raising concerns about migrants’ rights and due process. The report is accompanied by a WOLA video series featuring Central American migrant children who describe why they left their home countries and their experiences being deported from Mexico. As the Mexican government tries to position itself as a global leader on refugee issues, it must first address the serious shortcomings in its attention to Central Americans seeking asylum and migrants victims of crime in the country.

The report, which was produced in collaboration with the Mexican organization Fundar: Centro de Análisis e Investigación and the Migrant Shelter “Frontera con Justicia,” in Saltillo, Coahuila, explores how the implementation in 2014 of Mexico’s “Southern Border program” resulted in a massive increase in migration enforcement along the border with Central America. Mexico’s apprehensions of migrants went from 86,298 in 2013 to 198,141 in 2015, and there have already been 99,768 apprehensions in the first seven months of 2016. At the same time, asylum requests are on the rise, growing from 1,296 in 2013 to 3,424 in 2015. In the first six months of 2016, Mexico has already received 3,486 requests, the highest on record. In 2015 and 2016, over 92 percent of the asylum requests came from Honduran, Guatemalan, and Salvadoran citizens.

**“Mexico keeps prioritizing deportations over protecting migrants who might be fleeing danger,”** said Maureen Meyer, Senior Associate for Mexico and Migrant Rights at WOLA. **“These hardline policies have proven ineffective at deterring migration, have violated human rights, and have exposed migrants to abuses, corruption, and violence.”**

To raise awareness, especially in Mexico, about the vulnerability of Central American migrants and the threats that they are fleeing, WOLA is releasing a series of videos featuring Central American youth who escaped north. The young women describe the dangers they left behind, the risks of traveling through Mexico, the crimes they were victims of in Mexico, and their experiences being deported from Mexico. WOLA encourages media outlets to embed and use these powerful videos in their reporting.

In the **first video**, “Gabriela” was taken by a local gang in Honduras and forced to work at brothel. She was shot twice when she refused to date one of the gang leaders. Before her wounds had even healed, she decided to migrate to the United States to reunite with her mother. However, in Mexico, she describes being stopped by armed men who identified themselves as authorities, and witnessing the murder of many of the migrants in her group. She was able to escape and was later intercepted by authorities after walking for days. The Mexican government offered to keep her in state custody until she turned 18. Unable to reunite with her mother in the United States, she chose to return to her country despite the threats against her.

In the **second video**, “Karla” explains how she was stabbed twice after refusing to work for a local gang in Honduras. She felt her life was at risk and decided to flee. During her grueling journey through the harsh terrain of Mexico, she was sexually assaulted. She was detained by Mexican migration authorities and recounts being quickly deported without the option to seek protection.

Stories like Karla’s and Gabriela’s are all too common. Between 2014 and July 2016, Mexico detained roughly 420,000 migrants, yet it only granted 2,800 asylum requests—a strikingly low number considering the levels of violence in countries like Guatemala, Honduras, and El Salvador. However, at a time when more migrants are fleeing violence and seeking protection, the budget of the Mexican Commission for Refugee Assistance (//Comisión Mexicana de Ayuda a Refugiados,// COMAR), the agency in charge of screening and processing refugee claims, actually decreased by at least 10 percent between 2014 and 2016.

The **third video** in WOLA’s series documents how many migrants, including minors, become the victims of serious crimes in Mexico. While on paper, the Mexican government has enshrined in its Constitution the right to seek and receive asylum and has created new institutions to investigate crimes against migrants, those changes have not translated into practice.